Wonders of the Modern World — Petra

WONDERS OF THE WORLD. Petra

There are not many places in the world with the indelible visual impact of the ancient city of Petra. Its thousand-year-old ruins and monumental aristocratic tombs carved into the rock, only accessible via narrow cliff paths, give the traveller’s experience the feeling of classic adventure fiction, with an unreal, dreamlike quality.

The remains of ancient settlements show that the area was inhabited from 7000 BCE; the Edomite people settled there around 1200 BCE, in the Iron Age, and later the Nabataeans, who founded the city of Petra.

The Nabataean Kingdom established its capital at Petra, which would reach its greatest size and prosperity in the 2nd century BCE thanks to trade routes: caravans bringing spices, silk, incense and other exotic products from the east would stop there to rest and take on provisions before continuing their journey to Rome.

When the capital was absorbed into the Roman Empire in the 1st century BCE, the city became even more splendid, as many of its most important buildings were constructed or remodelled, including the extraordinary Khazbeh or Treasury, shown on the stamp; the Deir or Monastery; the theatre; and the road lined with columns leading into the city.

Paradoxically, the Roman period also saw new trade routes opened up by land and sea which would gradually leave the city isolated, and it would lose its importance and wealth.

In the year 363, a series of violent earthquakes destroyed practically the whole city, and it was eventually abandoned and forgotten, only known and fiercely defended by Bedouin tribes.

In 1812 the Swiss explorer Johann Ludwig Burckhardt rediscovered the city, and people started organising archaeological expeditions to reveal the ancient city to Europeans.

Petra became a UNESCO World Heritage Site in 1985, and it was chosen as one of the seven wonders of the modern world in 2007.

Petra continues the series Wonders of the Modern World which began in 2015.

The stamp depicts the temple Al Khazneh (The Treasury) and is presented on a Premium sheet which will also feature a prepaid postcard, like the rest of the series. 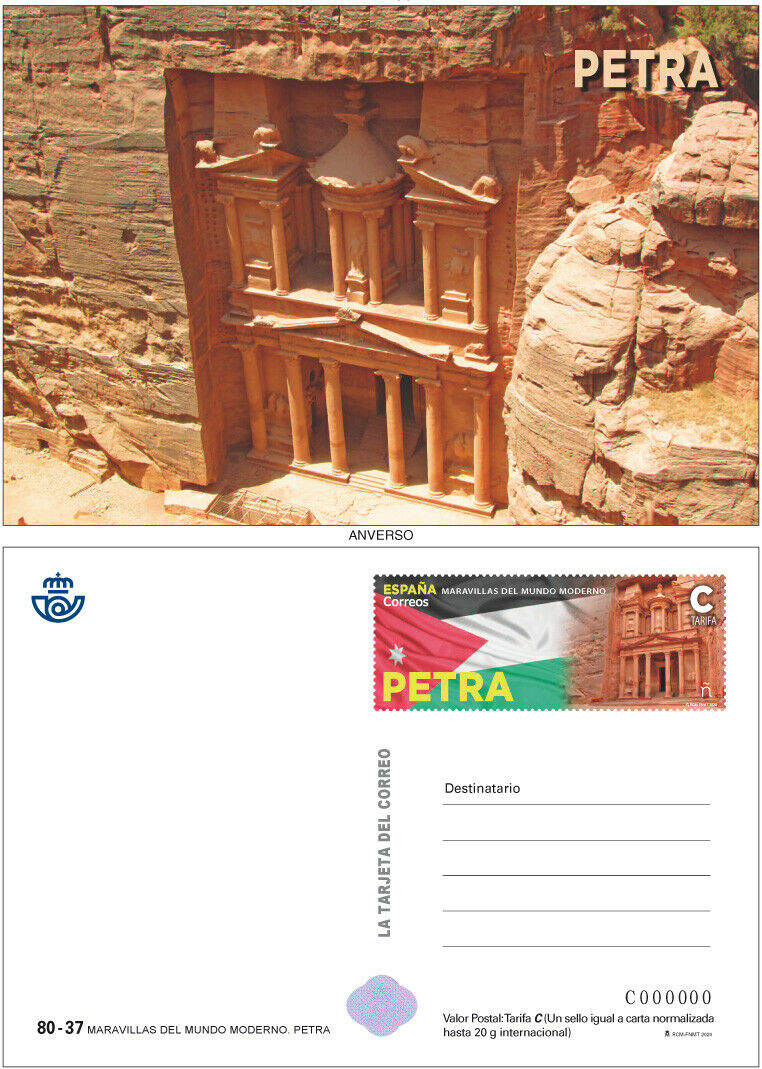 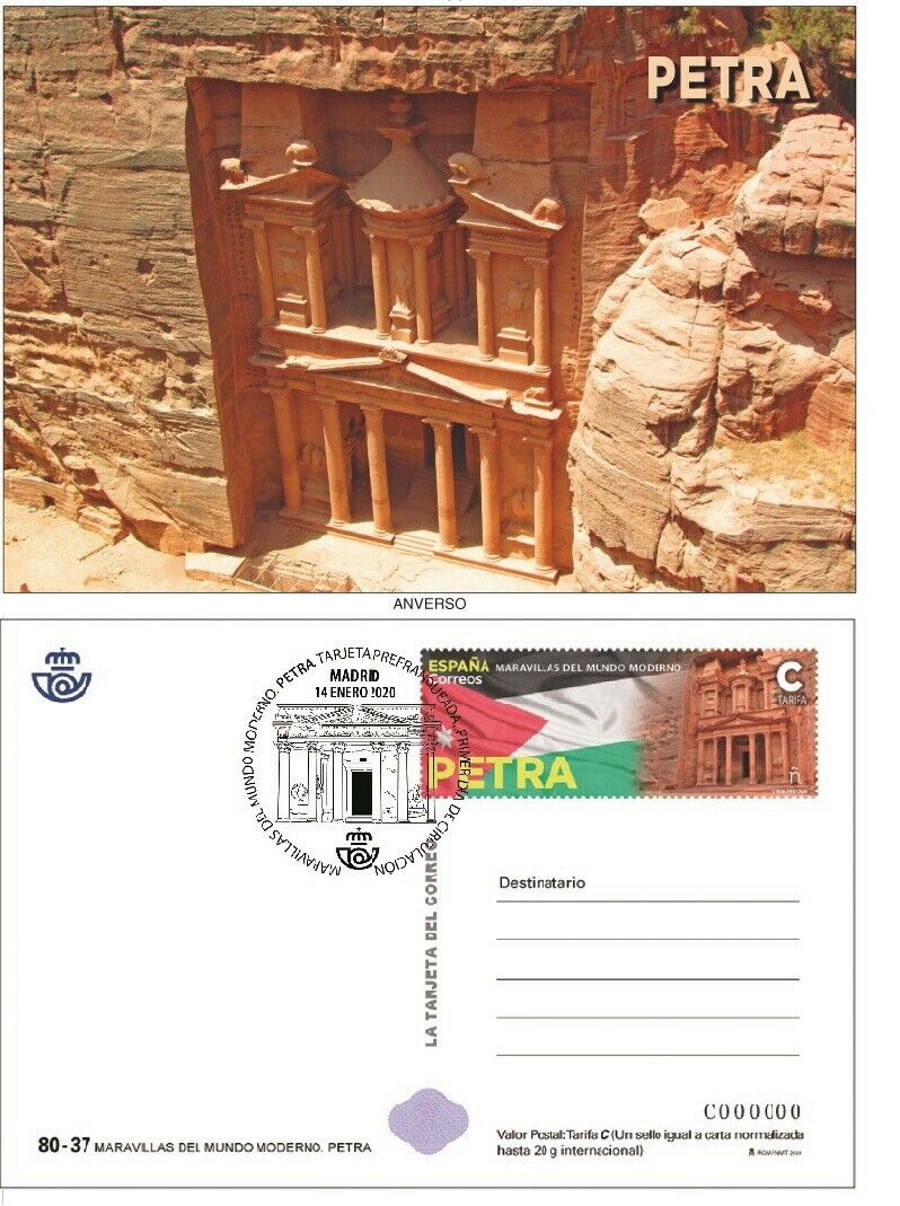